John Updike Society member Carole Sherr, who was a friend of Linda Updike’s, recently visited the house at 117 Philadelphia Ave. to check on the progress. R. J. Doerr has been reinstalling decorative corbels at the top of the building—decorative features that had been removed in previous decades—to bring it back to the way it looked during Updike’s time in the house. Thanks to Carole for the photos: 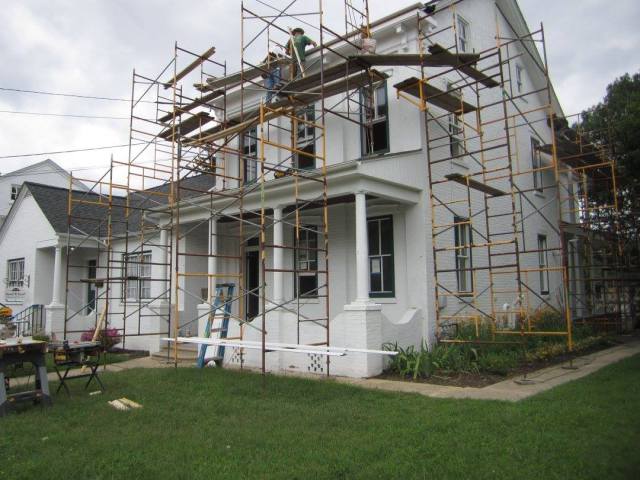 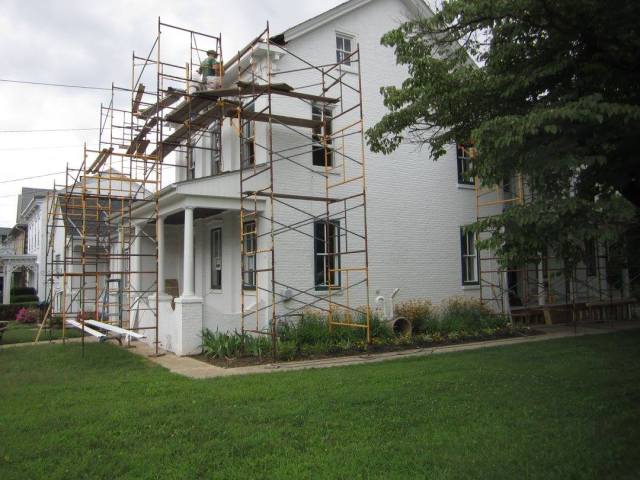 Film critic since 2000 and member of the Online Film Critics Society since 2005 whose reviews are linked to the Internet Movie Database (Imdb.com) and Rotten Tomatoes (Approved Tomatometer Critic).
View all posts by James Plath, Family Home Theater →
This entry was posted in Restoration news. Bookmark the permalink.