Recently John Updike Society president Jim Plath and his adult son, Brian, drove to Wabash College (Indiana) to pick up the Kevin Schehr collection of John Updike and deliver it to The John Updike Childhood Home. While there, they did a walk-through with contractor Bob Doerr to check on the restoration. It’s a major effort with some major changes, all designed to return the house to the way it looked when Updike lived there prior to 1946.

A non-period front door and transom have been replaced, rounded archways into the living room and parlor have been restored to the square openings they once were, Victorian spindle work between the foyer and front parlor has been reinstalled, a columnar divider between the living room and parlor is back where it once was, and a new built-in bookcase in the dining room was replaced by a period door and transom, as it was during Updike’s time in the house.

Upstairs, the wall that separated “The Black Room” from Updike’s bedroom has been reinstalled, as has the hallway wall that had been removed to create a master bedroom at the front of the house. Now the hallway widens near the front of the house with a window where Updike said a potted plant always sat, near a large wooden trunk. A modernized second-story bathroom with glass block windows and tub surround was taken out, with period window reinstalled and donated fixtures (claw foot tub, pedestal sink, vintage toilet) waiting to be installed. For safety reasons, and to pass inspection, the whole house had to be rewired, so it is now much safer. And non-period radiators were replaced with functional replicas of period radiators throughout the house.

Below are three photos showing the dividing wall between Updike’s bedroom (right) and the Black Room, the extended upstairs hallway, and the downstairs column divider. If you go to The John Updike Childhood Home Facebook page you can see more photos of the restoration-in-progress. If you want to help us get to the finish line, we’re in need of more donations, which are fully tax deductible because The John Updike Society is a 501 c 3 non-profit organization. Donations can be sent to:  The John Updike Society, ℅ James Plath, 1504 Paddington Dr., Bloomington, IL 61704.

Dave Ruoff, who rents space in the annex, reports that interest in touring the house has really risen in the past few months, with whole groups inquiring about how to see Updike’s home. We expect that in the future it will be a starting point for literary pilgrims visiting Updike sites in Berks County. 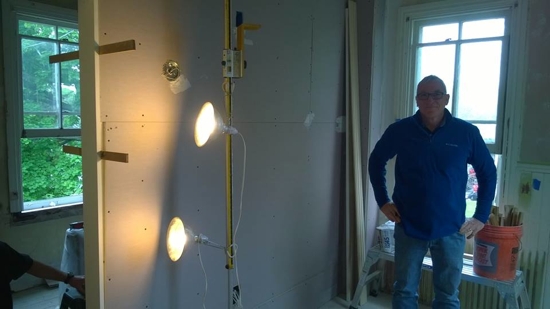 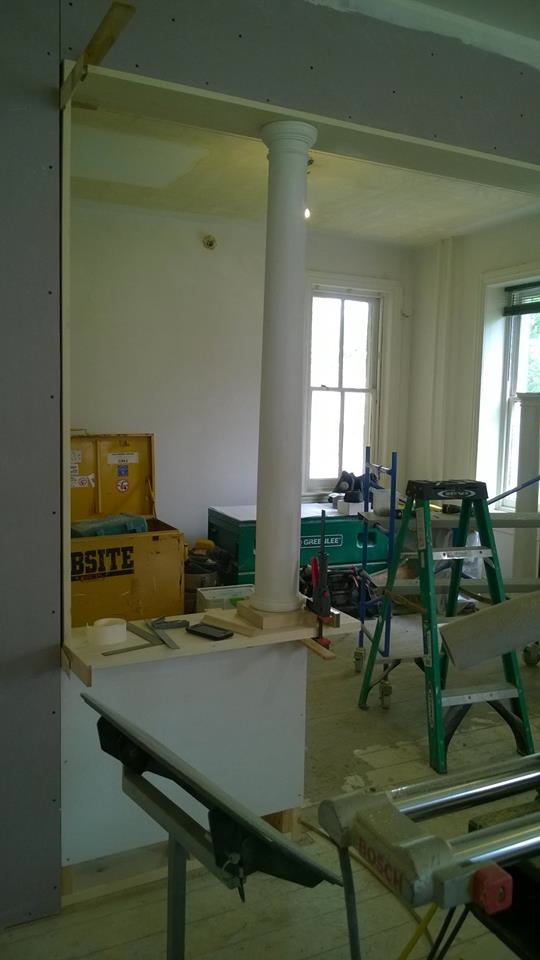