The R. J. Doerr Co., who have been meticulously restoring The John Updike Childhood Home based on Updike’s descriptions and evidence inside the house, are at the point where all of the walls are being primed in preparation for painting or papering. Below are photos of Updike’s bedroom with the newly restored “Black Room” wall to the left, and two different views of the columnar divider and Victorian fretwork that Updike lamented had been removed from the parlor/living room. 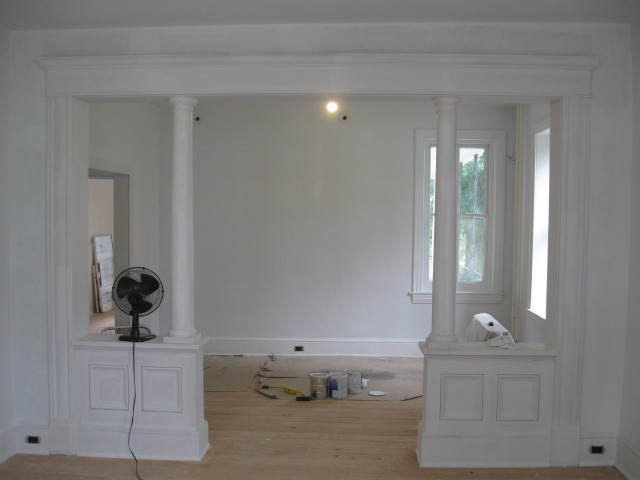